Why High-Quality Teaching is Important For a Kid’s Future 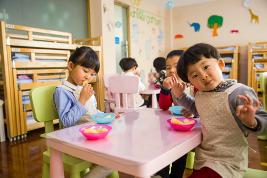 It is no secret to people in the education field that the state of Tennessee has had a history of low grades from students and frustrated teachers and parents. However, in the past 10-years under reform, grades have slowly begun to rise. They are nowhere near the Tennessee Early Learning Standards but they show a marked improvement. While teachers and parents have known all along that early development was critical, they have not gotten support from the education industry, which has kept their hands tied and their funding too low to work with.

The first 5-years of life

The first 5-years of a child’s life are extremely important for their social, emotional, physical, and cognitive development. Studies have proven the need for a child to have love, support, and positive interaction with his parents. He needs attention and care from his caregivers when he is left with someone other than his parents. And he needs exposure to a highly trained, skilled, and knowledgeable educator on a regular basis. These early years should not be wasted. Your child is experiencing neurological development at a rate of 1-million neural connections per second. To put it simply, this is when his brain is being “wired” for his social and physical development. While genetics does play a role, if properly trained, you can train him to be socially comfortable and a step ahead in school.

Like other states, it takes families, businesses, and the government working together to balance the needs of the people who live there. In the state of Tennessee, about 30% of families have both parents working full time outside the home That doesn’t include the homes of single parents.

These parents can barely afford a child care center. Hiring a quality child care provider that works with their child, as well as an educator that begins teaching as the child develops would be impossible. This is where the government should step in. This is where tax dollars should be invested. Perhaps this is why the changes we seek may well begin in the voting booths.

Parents who have to go to work and leave their child with daycare or a babysitter confess that there are times when they have left their child when they were uncomfortable doing so. They felt their child was not feeling well or the baby had a slight fever or was cranky and they had a feeling something was off. They took that concern with them to their job so as to not upset their boss or co-workers. They knew they were not as productive as they should have been that day. Their mind was not on their job. But, the lack of productivity was easier to hide than not coming to work. By choosing commerce over children, both suffered. There has to be a better way.

Investing in our future

For many years, the United States has been far behind other countries when it comes to Pre-K. We have been hesitant to look at the early education system as a requirement for educating our future citizens and more like a glorified daycare choice. Headstart Programs have come a long way to helping with this problem, but we must do more.

The United States has to change its attitude about our children and their parents. Children are the one factor we can count on to ensure a good future for our country. The children are our future teachers, our government, our doctors, our lawyers. They are tomorrow’s America. They are tomorrow’s world. Bridging the gap is not only a good idea, but it is also our responsibility and the time to do it is now. We have no excuse. We know the problems and we know the solutions. It is up to our society to demand change.