Have you seen this Virtual Math ToyBox? Mathbreakers! 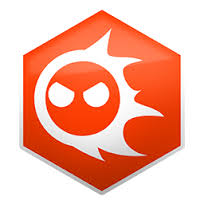 Have you seen this Virtual Math ToyBox? Mathbreakers!

What if all of mathematics, from counting to Calculus, could be represented in a cohesive, fun, action-packed world? That’s exactly what we’ve set out to do with our first title, Mathbreakers! In our world, players can smash, chop, and combine numbers with a variety of tools and gadgets. There are number monsters, spatial logic puzzles, math spells and magical structures — it’s an infinite playground, where anything is possible.

What sets Mathbreakers apart from other educational titles?

First, Mathbreakers puts the player in control, and the story unfolds around you; you’re battling real monsters, not solving cookie cutter worksheet questions. You literally get to pick numbers up and play with them. You decide what to do, and the numbers become anything you wish, so long as you can figure out how. This lets you be creative and experimental with mathematics. It’s no longer a chore or something to fear, it’s something to play with and explore.

Second, this game is not just about one piece of mathematics. It’s a world where all of mathematics fits together. The different layers, such as addition, multiplication, powers, and functions, build on top of each other, so that the higher-level interactions include the foundations. Each level is fully integrated with the one before it — and as players progress to higher levels, the lower levels are continuously reinforced. This approach opens the doors for Calculus or higher-level mathematics to be done at the same time and setting as basic, but essential, math skills.

Third, multiplayer. Sure, in other games you can compete for the best time or highest score. But where else can you summon an army of fraction minions to attack the opponent’s prime number fortress, all while trying to flip the core base from positive to negative? When dealing with math toys in real-time, there’s no telling what the other players will do, and there’s really no limit to what can happen!

How does the world work?

All interactions are based on math. For example, when any two objects touch, they add together. All the walls and enemies that challenge you are numbers, and you use gadgets (like the Fun Times Multiply Wave or the Halving Sword) to change them into the numbers you want. Through a series of puzzles and battle scenes, we take you through different stages of math that build on each other. So far we’ve covered  arithmetic, negatives, multiples, fractions, squares and primes; next on the list is algebra and trigonometry. But we aren’t stopping there!

We have big dreams for what is possible in the Mathbreakers world, but that can’t begin to compare to the imagination of children — so we’re building a highly customizable editor for them! Soon, kids around the world will be able to build their own gadgets, monsters, and levels to share with each other. We’ve set the stage, and provided a few toys to get started, and we are eager to see what others come up with.

We’ve already heard ideas for a negative boomerang, a subtraction scythe, a Calculus football field, and something called the Function-ater. We’re not sure how those will work, but it’s okay — because of the way we designed every block to fit together, no matter what they create, it will definitely work with everything else within Mathbreakers.

The proof is in the pudding. We’ve tested this game with over 400 students, including several San Francisco Bay Area schools: St. Andrew’s School, Synapse School, Monticello Academy and St. Joseph School, as well as children’s tech events like Coder Dojo and Hack the Future. The response has been stellar! Parents have told us their kids won’t stop playing at home, and in some cases will even get up early and do chores so that they can play Mathbreakers!

How do I find out more?

To join in on the fun, contact us or visit mathbreakers.com today!

One comment on “Have you seen this Virtual Math ToyBox? Mathbreakers!”