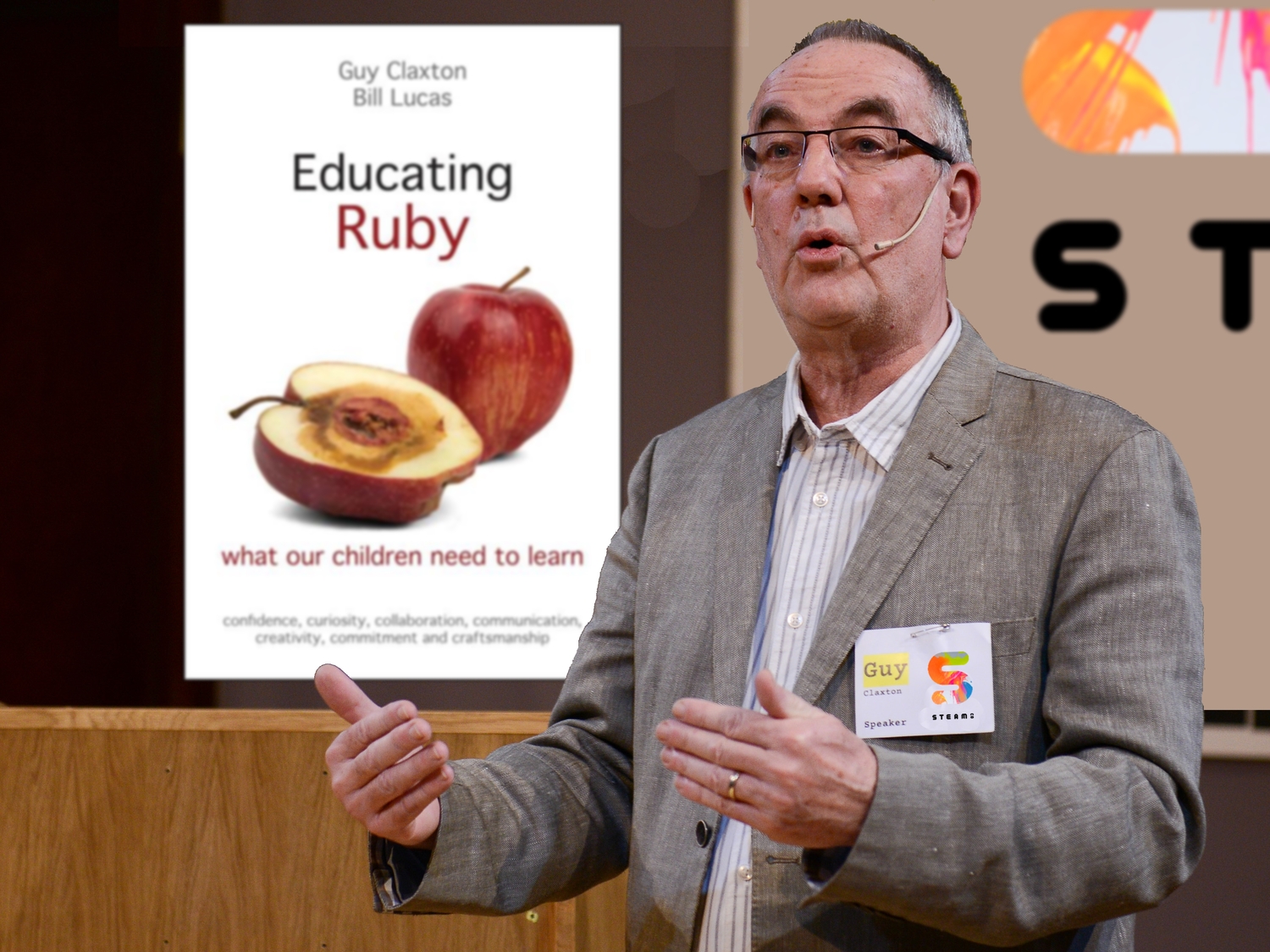 And then there is the rest of the curriculum: stuff that’s just there because its always been there, and some influential people, without a shred of evidence, insist that they be taught and examined. Why French irregular verbs (rather than Mandarin, say, or Hindi)? Why adding fractions (rather than computer coding, or Bayesian statistics)?

We have a FREE Signed copy of @GuyClaxton and Bill Lucas's Educating Ruby. Just RT or comment in post to enter! https://t.co/DLKNCCpJ98

We need a real re-think of what we teach – and Maths is no exception. Despite a lot of hot air, there is scant evidence that learning maths makes you spontaneously more rational in non-mathematical or non-educational contexts. Nor do I know of any evidence that says we have to teach all young people algebra just in case they might need it, rather than ‘just-in-time’, when they do actually need it. With out the turbo-charger of real need, and in the absence of intrinsic interest, learning is weak, formulaic and usually disagreeable.

And we need a re-think of how we teach as well. As Jo Boaler and others have shown, you can teach ‘area’ or ‘fractions’ in a way that develops passivity, compliance, mindless application of procedures and fear of mistakes – and also gets good results. Or you can teach the same topics in a way that gets even better results, but develops attitudes of curiosity, collaboration, creative experimentation, and critical thinking. The pedagogy is crucial for these deeper aims.

Our new book Educating Ruby (‘us’ is Guy Claxton and Bill Lucas) argues really strongly that we owe it to all kids to explain why what we are teaching, and how we are teaching it, will add to their confidence and capability as adults – whether they are destined to be carers, cooks, mechanics or neurosurgeons. We think thousands of parents, and thousands of teachers, know in their heart-of-hearts that way too much of school is boring and pointless – and not knowing how to change things, we all fixate on the grades. We want all those people to start talking, tweeting and blogging about the need for a real re-thjink – so politicians will get off thier backsides and start to think about what really needs to be done. have a look at educatingruby.org, read the book, tweet (@educatingruby) and join the groundswell. We want whoever wins the election to be thinking hard about how to spread the good practice that exoists in many schools faster and wider. we owe it to the kids – especially the ones who are not going to do well in the competitive Examinations Game.