Can this really be true? 5 Hours of PLYT improved children’s maths by 19%! 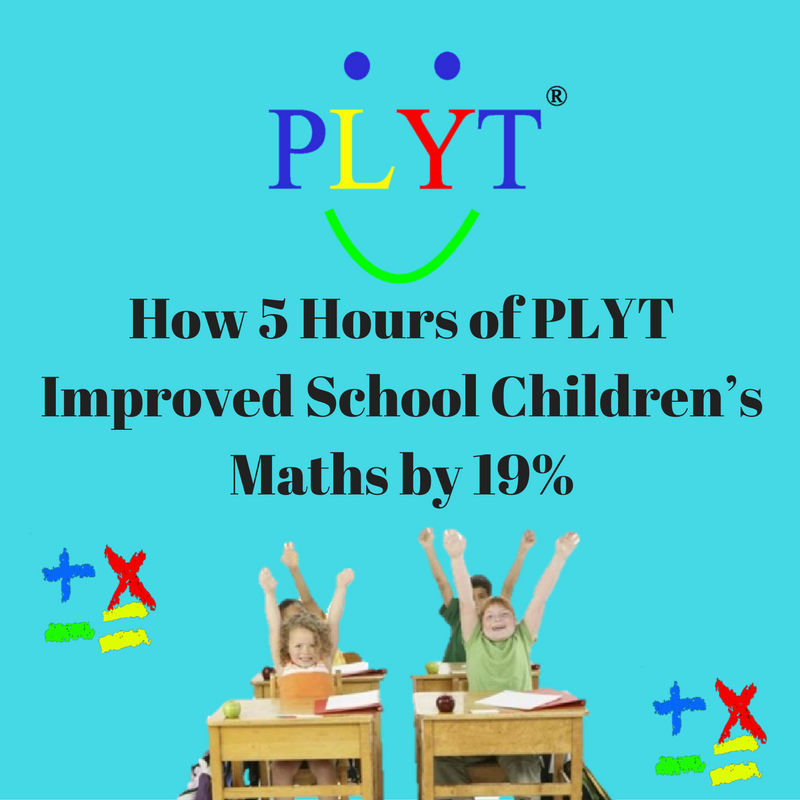 Can this really be true? 5 Hours of PLYT improved children’s maths by 19%!

Hope you don’t mind but we just had to share our exciting findings with you.  Last half term we undertook a project with a year 5 class at a school in a disadvantaged area – St Andrew’s C of E Primary in Orford, Warrington – to try and improve their maths.

We’ve heard anecdotal evidence that PLYT is great in schools but we’ve never actually proved it. So we decided it would be a good idea to see if playing PLYT regularly could improve maths in a classroom environment.

When we first met the year 5 children at St Andrew’s we asked how many of them were confident with numbers and felt they were good at maths.  Sadly very few children put their hands up with many glumly shaking their heads.  So we gave them a little test, simply as a baseline, and sure enough it highlighted that their maths really needed improvement.

Over the next 5 weeks I went to the school and played PLYT with the class, for an hour, once a week, on a Friday afternoon! Every week the students were spilt into small groups to play the game with each child having a specific area to concentrate on, be it addition, subtraction, a particular times table, or complex mental calculations – for the more able children.  The groups were changed each week so different abilities competed against each other and the games were never the same.  I also gave them top tips (as per our website), to help them look for the easiest ways to combine numbers, both in small groups, as they were playing, and to the entire class.

At the end of the fifth session we tested them again and the results were fantastic.

And each week it was brilliant to see some of the less able mathematicians winning at a maths game – that really boosted their confidence!  The game is not about being the best at maths it’s about being your best and the great thing about PLYT is all ages and abilities can play together and learn from each other as they play.

There were some lovely individual stories of improvement but to see all the children enjoying playing PLYT and being genuinely excited to be having a maths lesson on a Friday afternoon was heart-warming.  As they played, the children were really keen to push themselves outside their comfort zone and prove that they could do harder calculations.  You could visibly see their confidence growing.

The Deputy Head at the school, Cathy Foster, also had a few fab comments about PLYT:-

PLYT has already been proven by independent researchers to improve maths in a family environment but this is the first time that we have proved it in a classroom with mixed ability children.

In terms of a school resource, PLYT doesn’t just work in year 5.  It would work right across the school from year 1 all the way up to year 6 (and beyond) as each student plays at their own level – it isn’t simply aimed at one age or ability.  You can even have Yr 6’s playing against Yr 1’s and it allows (and encourages) each child to progress to the next level.

If you’d like to see any more information about PLYT in schools, including school discounts, please feel free to contact us – we are always happy to talk PLYT!