Have you heard the mouse family sing ‘The Twelve Times Table’? 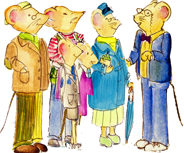 After many years of being ignored the 12 times table is back in the news. – all children in England will be expected to know the 2 – 12 times table by age 11,

This is great for The Mouse Family who live at www.thetimestables.com

Grandma Mouse made a magic 12 times tale rhyme all about hearing noises in the night. Grandpa Mouse lit two candles and everyone went to see what was happening. They found it was Monty Mouse having a midnight feast in the kitchen!

Here is her rhyme,  try singing the words to Twinkle Twinkle Little Star. You can watch the video The Mouse Family made at