WOW! Download the iVisualiser app and turn your Ipad into a visualiser! 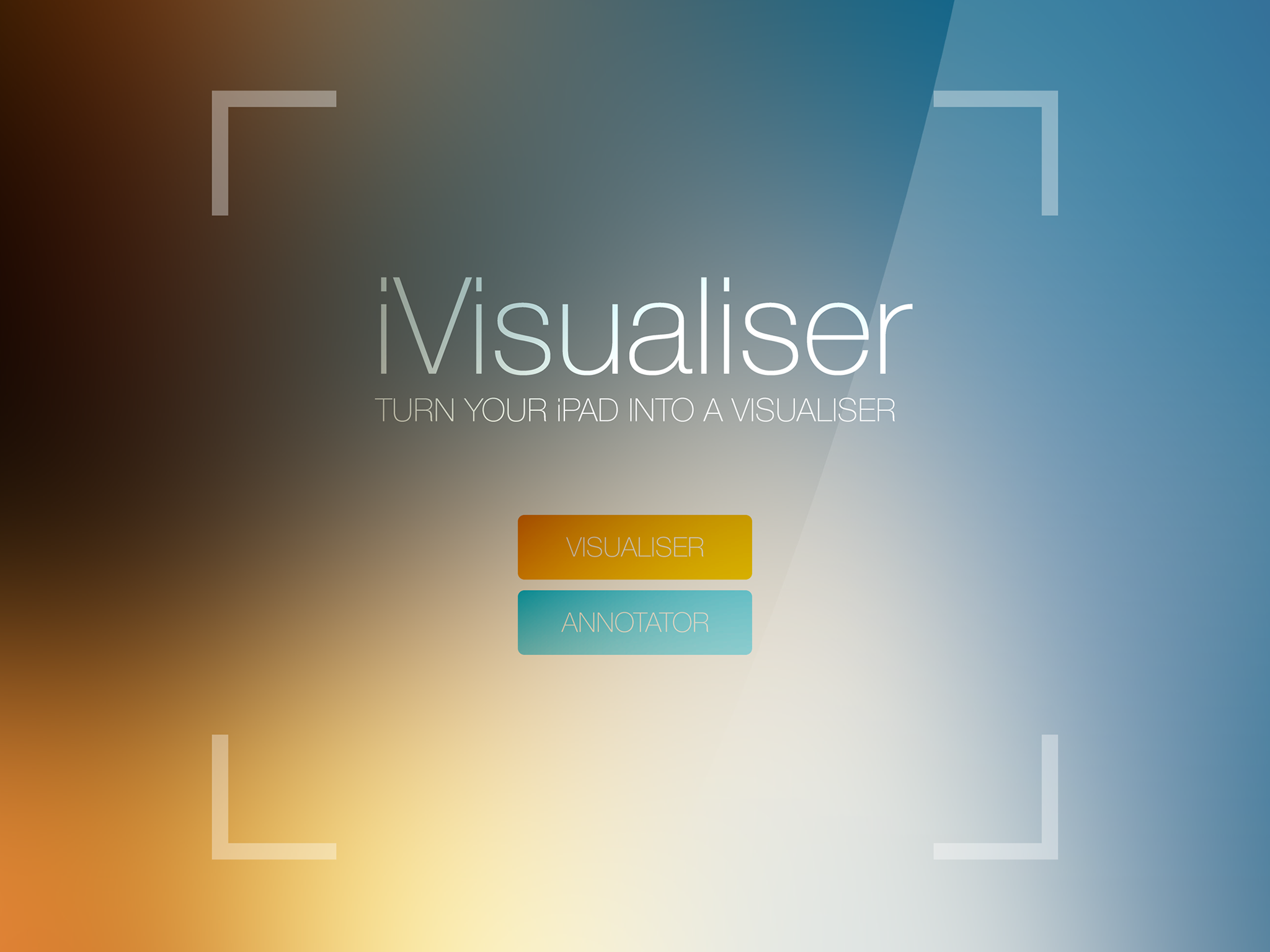 Download the iVisualiser App and turn your Ipad into a Visualiser

iVisualiser is the perfect presentation tool for both education and industry alike. Carefully designed to be incredibly simple to use, iVisualiser is a powerful app for collaboration, still-image AND live video annotation …and review.

I’ve (Alan Peat) been running INSET and presenting at conferences for about three years using my IPad as a rudimentary visualiser by turning the camera on. I prefer this approach to PowerPoint as it’s not linear and I can respond to the needs of the audience immediately. 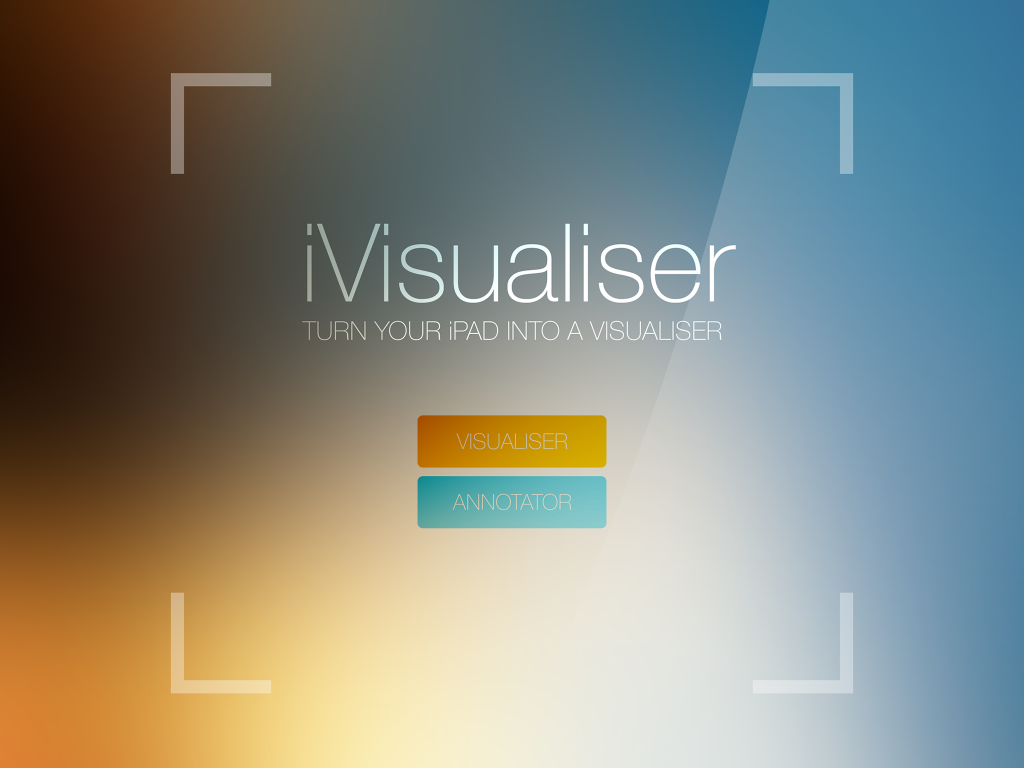 There are, however, limitations… the most notable of which is that when I am annotating text live in front of an audience you can see both the text and the pen & hand writing that text. As a result of issues such as this, the desire to develop an Ipad-based visualiser arose. We’ve also produced four best-selling literacy apps and wanted to make something which would also fall into the ‘Productivity’ category on the App Store. 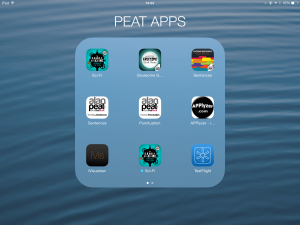 iVisualiser uses two distinct modes to enable you to share ideas/ work (…or just about anything you can take a photo of) and display these on a large screen such as a whiteboard.

The Visualiser mode can be used to create a live video feed of a document or image. You can freely annotate around screen with a variety of colours and line thicknesses. The user can also choose to record a video of the screen as they annotate and can even record a live commentary at the same time – this will automatically save to camera roll for playback and/or review at a later point. 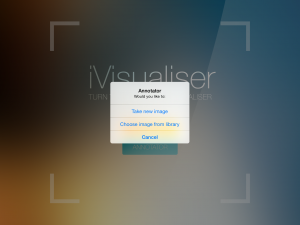 We added a range of pens and in the final stages of production we decided to also include a LASER POINTER tool to highlight anything without drawing! (Thanks to @SiTheDesignGuy for suggesting this and also for all the artwork involved!)

The visualiser section also has a FREEZE tool. This can be used to pause the screen at any point – you can even do this whilst recording video. You can zoom in or out on any document or image or take a screenshot of your annotations which then automatically save to the camera roll. 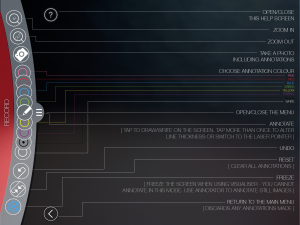 The second mode is ‘Annotator’. When selected the user can annotate an image (either from their camera roll or taken in-app using the device’s camera). By pressing the camera icon the user can take a screenshot of their annotations, clear them (with a different button) OR pass them to someone else to add their ideas. (Original photos taken within the app are automatically saved to your camera roll for use again later.) We’ve also added the facility to save the photos once multiple annotations have been completed OR at any point within the annotation process – we were aiming for flexible usage at a fair price! 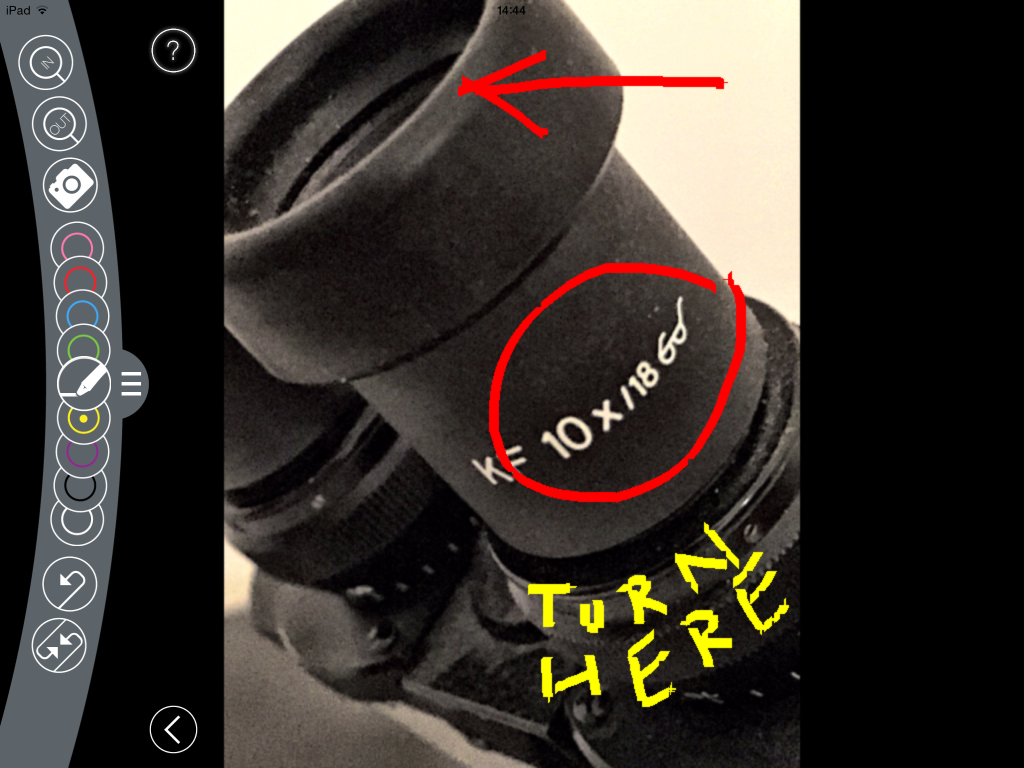 The app will make traditional visualisers redundant. For only £1.99 we have built a visualiser that, when combined with AirServer or Apple TV (or any other mirroring approach), can be moved around class at will. The classroom visualiser is now untethered and truly portable.

Tagged with: Download the iVisualiser App, Turn your ipad into a visualiser