What if the world were a village? Must Watch Videos! 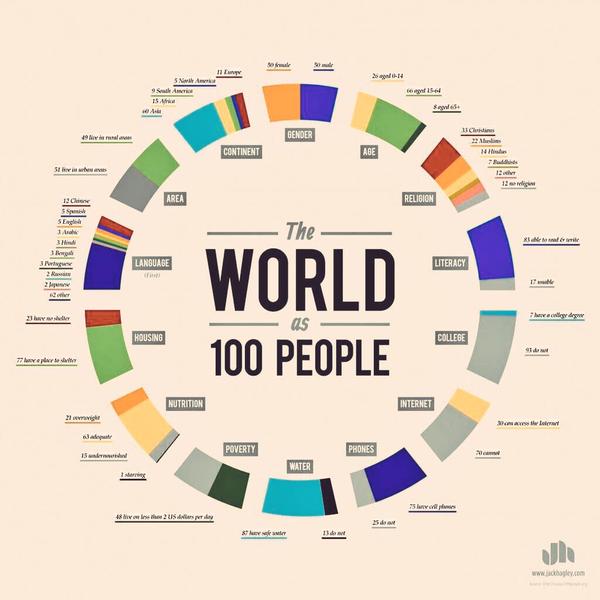 What if the world were a village?

A great activity with shrunk-down statistics to help students understand the “Global Village”. The students look into what the world’s population would look like if we represented it as a village of 100 people (Video based on the book: If the World Were a Village By David J Smith). What a great idea! Rather than saying that 33% of the world’s population are Christians – we say that 33 people in the village are Christians. Much more powerful for the student’s understanding. Prior to watching the video we had a quiz to see whether the students could estimate the percentages and then we watched the video. From this it is interesting to facilitate a discussion about how the statistics compare to the student’s preconceived ideas about global demographics. Students can then carry out some calculations of using the percentages to work out the real population and then it is a nice research activity to ask students to find some figures of their own. Examples from students were as follows: y people in the village would own an iPhone, x people in the village would wear glasses, z people would be left handed etc. They had to find the information, work out the percentage of the whole population to then say how many people in the village would represent the statistic. I found that the lesson was a brilliant way to develop world mindedness and this resource is data representation at its best.

Tagged with: The world as 100 people, What if the world were a village?