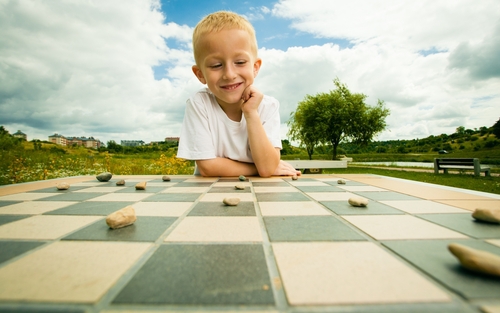 Taking maths outside helps break up the monotony of everyday pen and paper exercises. It’s always appreciated when you lead children into the school playground and turning maths skills into something necessary for a competition, an interesting way to observe the world, or just something a little more fun than usual. Enclosed here are three ideas for inventive outdoor maths activities, and what they teach.

The Maths Map challenge – Depending upon how much play equipment you have in your school’s playground, the amount of imagination needed for this task will vary greatly.

Arrange your children into teams of three or four. Each team will need a metre rule and a large protractor. Give them each a set of mathematical clues to determine how far in a certain direction they will need to walk to reach the next step of the puzzle. Once there, they can find another clue, which will give them another maths puzzle to give another step. Clues might include things like “You need to walk the same number of metres towards the lunch hall as half all the chairs in classroom B12” or “Walk forward 5×3 steps at an angle three times the number of swings to your left”.

Integrating climbing frames, monkey bars, and other such items into the network of clues can be great further immersion builders. Maybe the children are a team of survivors in an escape pod, looking for the main body of the wreckage of their crashed spaceship. Maybe they are on a quest through a jungle, searching for a hidden temple. Maybe they are pirates who have to decipher the treasure map. The possibilities are endless!

Car Counting 2.0 – This is a classic of so many school days, but as children get older and more sophisticated in their understanding of maths in general, and statistics in particular, perhaps it is time to introduce more complex angles.

Most of the time car counting involves just one metric. Colour, make, model, the first letter of the number plate etc. How about instead we up the game, and introduce a wider field of variables. Break your class into teams of four to five, and have them try and spot different crossover trends. See if there is a confluence of red cars with number-plates starting with R at particular times. Are there more Fords around after lunch or before?

This has a number of valuable lessons. Not only does it teach children to think laterally about connections, but it also shows them how patterns can emerge in the mind, even when none are truly present. Even more skills and challenges can be presented once you get children back into class and have them represent the data they gather in new and exciting ways. 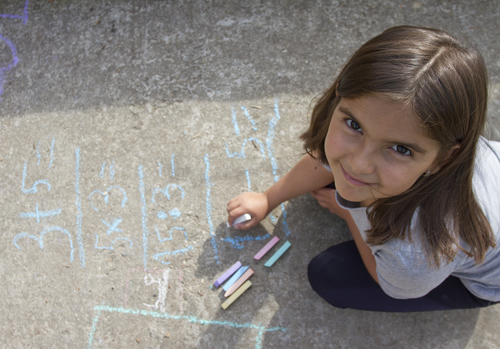 Dara A lateral thinking and strategy game that can be played outside, but works well indoors too. Children can either play against each other as individuals or in teams.

A classic game from Africa, which encourages strategic thinking, forcing children to view a puzzle from every possible angle. While this may not immediately seem maths related, the kind of thinking needed to win a game of Dara is exactly the processes you need to develop skills in algebra, calculus, and other more complex forms of maths later in the curriculum.