Maths is pointless! I have never been any good at Maths! 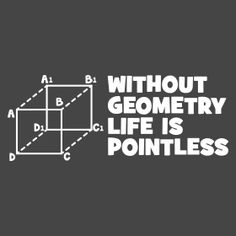 How Can You Help Your Children Learn Maths?

I’ve never been any good at maths. Maths is pointless!

The above statement* is, in my opinion, the single most damaging thing affecting mathematics education today, for two reasons:
1. It’s like a virus, worming its way into the ears of children whereupon it goes through a number of transformations until it ends up instilled in the child’s mind as I don’t have to try. Yay!
2. It’s incorrect**.

But that’s a rant for another day. I only mention it because the number one thing on my list of Things That Can Help Your Child Do Well In Maths is don’t say things like that. You’re here, I’m assuming, because you want to find out how to help your offspring up their game in a subject that’s often seen as difficult, and you’ve already decided that it’s a good thing to do. I’m going to split the main body of this post into two sections: Not-School and School.

Things That Can Help Your Child Do Well In Maths  – Not-School
Just like charity, maths begins at home. Johnny and Mary get three hours with their maths teacher per week – four, if they’re lucky. This isn’t enough time to learn – I mean really learn – anything, so they need to be doing maths outside of their lessons. Yes, they have homework to do, but I’ll cover that below as I’m counting that as school time. The good news is that, as the Troggs should’ve said, Maths Is All Around You.

It’s possible to tap into maths from a really early age: some friends of mine would take their daughter (also a friend of mine) out for walks and she cut her teeth on counting by looking at house numbers. This also introduces some simple opportunities for looking at patterns when they get older (i.e. why are those numbers on that side of the road, and these ones are over here?) and after all, that is what maths is really all about – patterns.

The same friends attended a ‘Family Maths’ event that I had a hand in devising*** and came away with a host of ideas for getting involved with maths together. This was nearly a year ago, and I still get the odd text message telling me “daddy’s been sent out for more straws”. That’s drinking straws – take three, bend them around the bendy bit, slot the short end of one into the long end of another and repeat until you have an equilateral triangle. Now make more equilateral triangles and fit them together using sandwich bag ties or sticky tape and see what you can make. We made a Sierpinski tetrahedron on the day, but my young friend’s mum has sent me pictures of all sorts of weird and wonderful shapes that have been constructed since, and some of the questions that they have inspired.

There are plenty of shapes in real life that you can see, think and talk about. Point out symmetry and look at how shapes fit together. Maybe get some colouring pencils out and draw what you see. Which shapes have things in common – numbers of sides and angles, for example, or parallel lines? You don’t even have to get any numbers involved: if you’re playing with patterns and exploring relationships you’re doing maths. 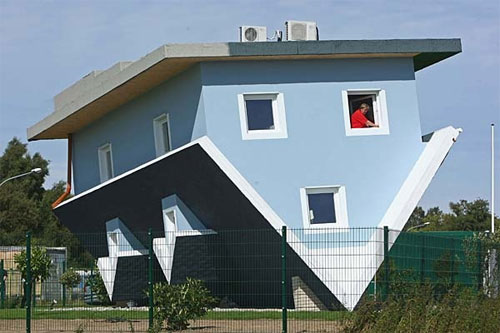 There’s plenty of maths on the way to places, for example. Road signs are great: are we nearly there yet? That road sign tells us we’ve got 20 miles to go and the speedo says we’re dong 60 miles per hour: you tell me! What if we end up in a jam doing 30? Buying some supplies at the petrol station? Give them the cash and get them to work out the change – you can never be too careful! With the money you’ve given them can they afford a treat too? That might work as an incentive for the reluctant mathematician. If you’re dragging them around the supermarket for the weekly shop then why not look at some offers and figure out together which is the best one. If they can save you some money I’d say that’s worth a bonus on that week’s pocket money. Talking about pocket money, how long will it take to save up for that new game they’re after? What if they put it in the bank?

Do you see what I’m getting at, here? It’s everywhere. My friends tell me that the hard bit is getting started. Once you start it snowballs from there and you start seeing the world in glowing green symbols like they do in the Matrix. Sort of.

One more thing in this section: as you progress your youngling will start to close the gap between their understanding and yours. This can be daunting, but it’s not a bad thing. The ideal situation is for them to overtake you, then you can start learning from them.

Things That Can Help Your Child Do Well In Maths – School

As I’ve already mentioned, your young padawans will be given maths homework. This section is simple: take part. You might not be that confident yourself, but that doesn’t matter. I’ll address some  concerns I’ve come up against at parents’ evenings:

They use different methods to the ones I was taught!

So what? There’s no one Right Way to do anything, least of all in maths. Yes, we have ‘standard’ ways of doing things that we tend to teach preferentially for various reasons, but it’s far more important to understand why it works than to be able to crank the handle. If you’re cranking different handles but get the same (correct) result out at the end of it, then sit down together, look under the bonnet and figure out how it works. Teach each other your own methods and you’ll both get something out of it.

I don’t understand how to do it myself!

So what? Take the opportunity to learn something new and demonstrate to your child that it’s fine to not know everything. Show them a positive attitude to picking up new things. From their point of view, there really is no more effective way of making sure you understand something than having to teach it to someone else.

They don’t need my help! 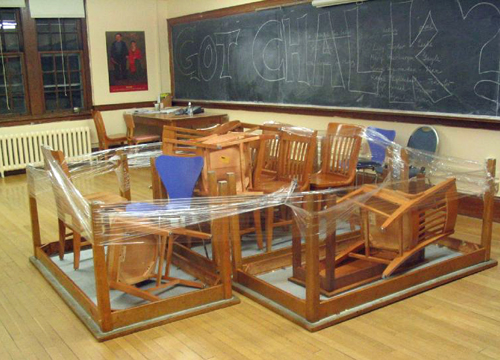 So what? That doesn’t mean you shouldn’t take an interest. However well they’re doing there’s always further to go (that’s one of the many beauties of maths – you will never get to the end) so getting involved here can do wonders to push them further. If you know the topic you can ask questions to make them think around it. Maybe you could research real world applications of it together, or figure out where it fits with other areas of maths that they’ve learnt. If you’re not confident with the topic then, again, this is a fantastic opportunity for both of you: the student becomes the master. They get a push to really think about the subject, and you get some free tuition.

You don’t need to leave the taking part to homework, either. When parents used to ask me what they could do to help their children my immediate response was “when they get home and you know they’ve had a maths lesson that day, ask them what they did. Get them to explain it to you.” Revisiting the work can help it bed into place and in my experience parents who took part in their children’s education were generally the parents of children who had the best attitude to learning, and those who had the best attitude tended to make the best progress.

As a parting shot, the most rewarding students I’ve been lucky enough to work with have been the ones who’ve come to me outside of lessons and asked me questions I don’t know the answers to. Honestly, I’ve had students come and ask about the Riemann Hypothesis, enquire about complex numbers, and beg me to run an after school club on codebreaking. One of the latter even went on to run his own after school club for other students. These students were invariably the ones who had parents or other family members who got stuck in.

*And its derivatives. You know the type: I’ve never done any maths since I left school; when would I ever need to factorise a quadratic equation as if that’s all you learnt at school…
** Why? That’s a subject for another post.
*** Along with my fabulous colleagues in the Education department at Bletchley Park and the similarly fabulous Maths on Toast.

Tagged with: How Can You Help Your Children Learn Maths?