If Carlsberg did school assemblies 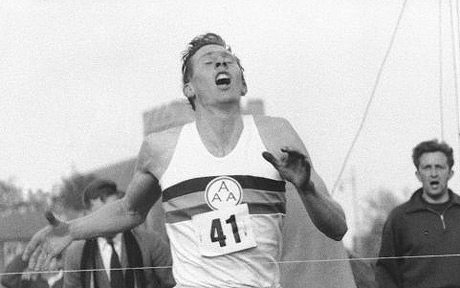 For new teachers it is a challenge to face, for those longer in the tooth often it is a job at the bottom of a long, long list but no one can escape the assembly.

Public speaking is something that is daunting and unlike any academic presentation you may have done, the assembly has an extra pressure: to entertain. Themes tend to dominate schools be it health week in which every teacher declares the importance of exercise or whatever the poor soul who generates the rota has allocated. As educators pressed to foster an ethos of hardworking application and a joy of learning, this time can be used to inform and entertain.

The best assembly I ever saw was in my first placement as a student teacher and I duly stole the idea.  The premise is simple…tell a story. This story is of Roger Bannister and his attempt to be the first man to run a four minute mile. Setting the scene is important: linking a man from the past with sporting heroes of the present, Messi, Hamilton, Froome and co. Highlighting his hardwork towards his goal and the direct competition he faced from another runner hoping to achieve the same.

And then they are off! Selecting three athletic, sensible children before hand to run complete laps of the hall for the 4 minutes. Why three you ask? Well much like a modern Team Sky cycle team, Roger had the aid of two other athletes to at as wind breakers. As the children watch their peers put in the effort, you take on the role of commentor….casting doubt of the success of the event.

Finally, the last minute. Your role now is garner support, very vocal support by encouraging the children to chant for Roger. Louder and louder until the minute is up. Demand silence while you compare the result and watch each and every child cheer when you announce the new world record is now Roger Bannister’s.

What was the best assembly you have ever witnessed or delivered? Please leave a description in the comments section below to give others some inspiration.